During the 80 Years War (1568-1648) the Dutch revolted against the occupying Spanish government. Every city in the Low Lands had to be besieged and conquered. 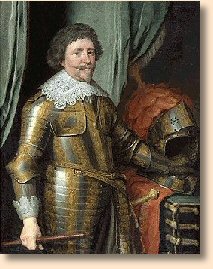 In the year 1627 Prince Frederik Hendrik, Prince of Orange-Naussau and stadtholder of The Netherlands, decided to besiege the city of Grolle (now Groenlo) in the eastern part of The Netherlands. The town (approximately 1000 inhabitants at the time) was occupied by 800 Spaniards.

The army of State (some 25.000 soldiers) arrived on the evening of the 20th of June 1627 near the town. The army was divided to enclose the city, thus totally fencing it off. The soldiers immediately started digging trenches and walls for the encampments and other earthworks (such as ‘schansen’).

The prince's troops were merely mercenaries from all around Europe. Frederik Hendrik placed countrymen together. For example: besides the Engelse Schans French soldiers occupied the 'Franse Schans' and the Dutch held the Hollandse and the Friese Schans. There was a kind of rivalry amongst the different countries. It was a real competition to see which company reached the ditch of Grolle first. To speed up the siege Frederik Hendrik promised the winners 300 guilders. 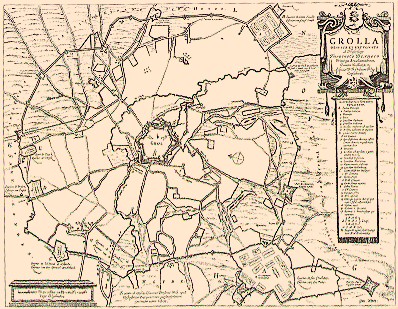 Prince Frederik Hendrik himself resided in the biggest encampment on the Lievelder Es (in the picture above you see it at the bottom, just right of centre). Near the encampment was a natural height. In Spanish hands it would be a serious threat for the prince and his high guest who resided in the camp. To prevent Spanish occupation on this spot the Engelse Schans (bottom right of the picture) was built. 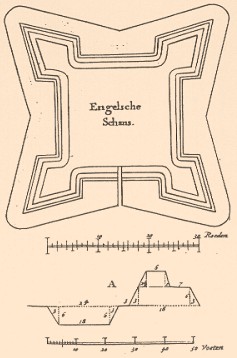 A huge Spanish army tried to break the siege, but their attempt failed: Frederik Hendrik’s army was too well fortified. A mine exploded in the wall of the city and in a fierce fight the Spaniards managed to drive the prince’s troops back. During negotiations Frederik Hendrik threatened to blow up three mines in different places at the same time. This was too much for the Spaniards and they surrendered on the 19th of August 1627.

Frederik Hendrik ordered his soldiers back to their trenches, encampments and schansen to demolish them: this way he made sure they were of no use to the Spaniards.

After the victory the schans was abandoned and for many years nobody took notice of the former fortification. The wall and ditch slowly eroded. As mentioned: the surroundings of the Engelse Schans are high and dry and the soil very infertile. The land was of no interest to farmers. The original heather fields evolved into a forest. 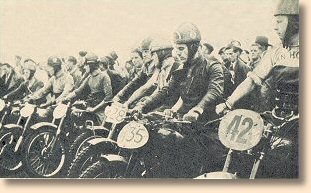 In 1946 the parcel was bought by the MACL, a local motor cross club. The highs and lows of wall and ditch was very appealing to the motor cross riders.
So the Engelse Schans became a part of a motor cross circuit. 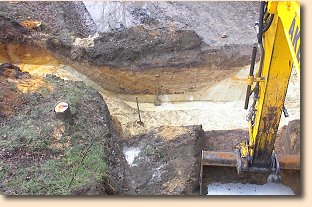 Around 1990 plans evolved to restore the Engelse Schans back to its original form. Many problems had to be solved: permits and the finance of the project were big issues. In April 2002 the actual restoration started. Archaeological survey revealed the profile of the ditch at several places (see the picture above). Together with historical maps it was possible to restore the Engelse schans to its original shape and appearance. 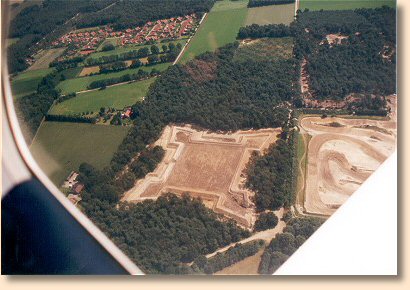 On the 17th of October 2002 the reconstructed Engelse Schans was opened for the public. Re-enactors built an encampment in the schans so visitors could get an idea how life was in the Engelse Schans, some 375 years ago… 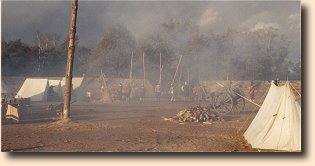